This guide should help identify both the type of connector and the Gender of the connector.

We'll start with the Gender, connectors are identified as having Male or Female genders, naturally the Female connector is the receptical and the Male connector the "Pin" or "Terminal".

The part you need to look at to identify the gender is the central conductor within the coaxial cable, if there is a protruding pin/terminal, that is a Male Connector, if there is a receptical/recess, that is a female connector.

The below picture may help with that explaination. 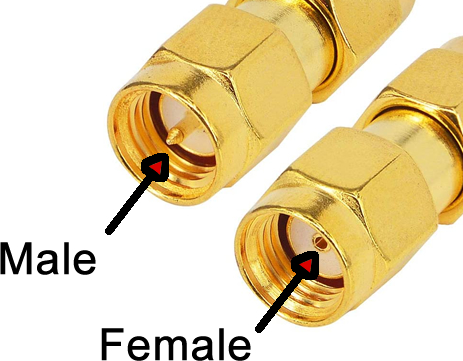 There are 3 main connector types, the DIN connector is most commonly used in aftermarket applications, most aerial adapters used to install aftermarket radios will end in a DIN Male Connector. for OEM or Factory equipment, they will normally use Fakra (Modern Vehicles) or ISO (Older Vehicles) 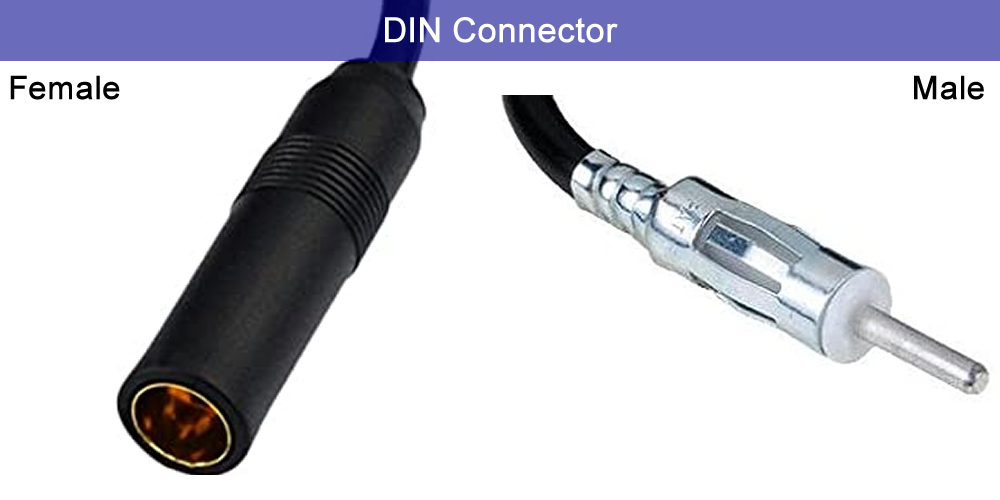 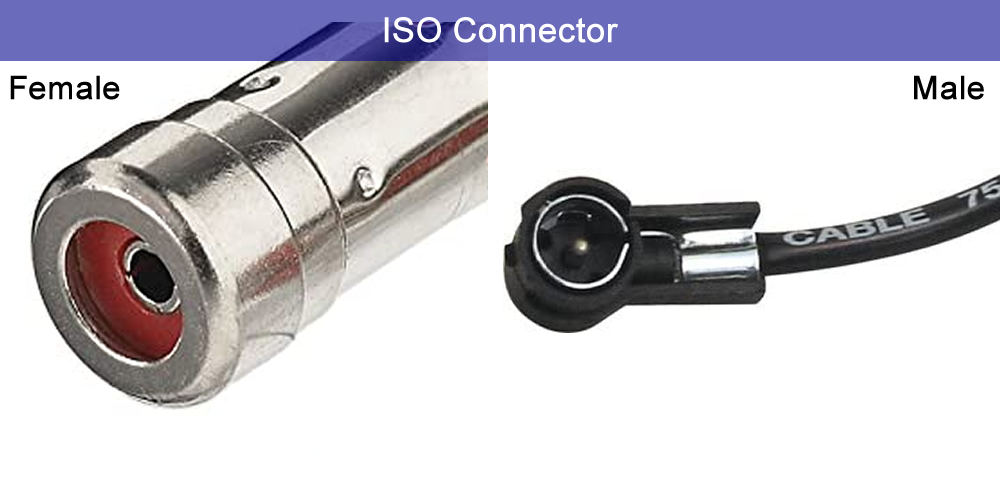 Fakra Connectors are the most common aerial connector used in modern cars. There are different colours of Fakra connector depending on their use / application. They also have different keying to ensure that you can't connect the wrong type of aerial. 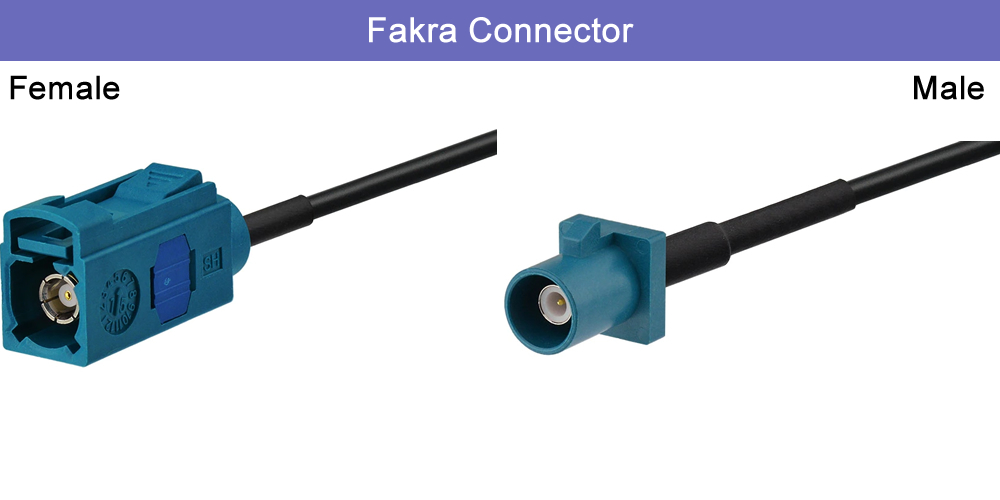 The 2 most common types of connector used for DAB are SMB and Fakra, although SMA and MCX are also used. 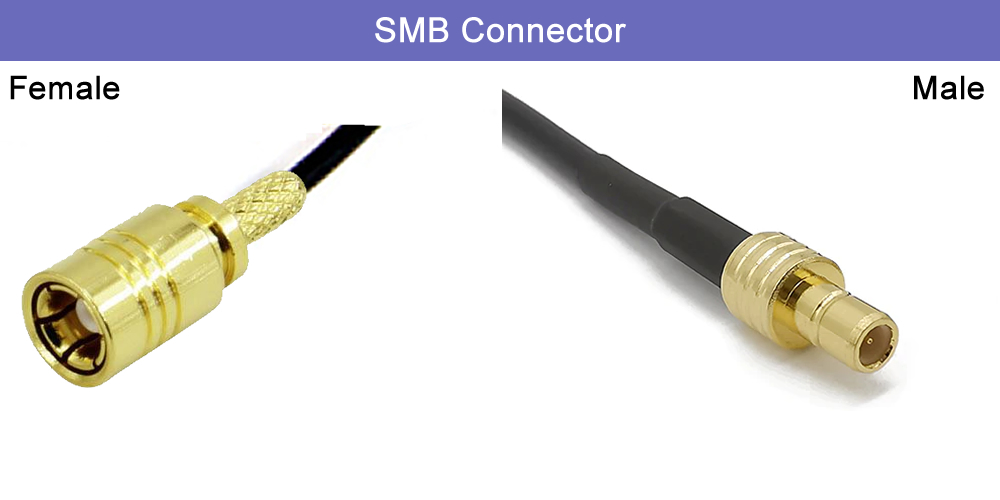 Was this article helpful?

0 out of 0 liked this article